How to use several Android applications on Windows 10 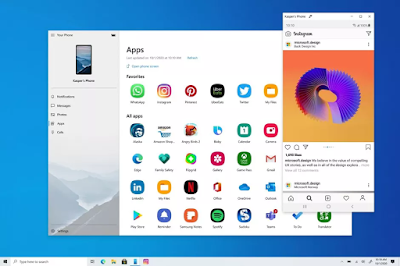 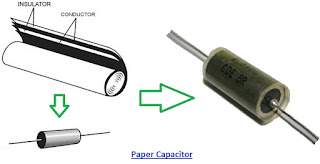 Paper Capacitor
In the early days of radio, capacitors were commonly made by placing a paper, soaked with mineral oil, between two strips of aluminum foil, rolling the assembly up, attaching wire leads to the two pieces of aluminum foil, and enclosing the rolled-up foil and paper in a cylindrical container or case.
These capacitor can still sometimes be found in an electronic equipment!. They have values ranging from about 0.001 μF to 0.1 μF, and can handle low to moderate voltages, usually up to about one thousand volts (1000V). 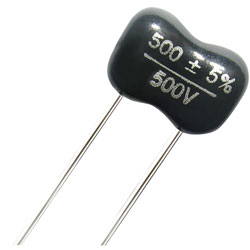 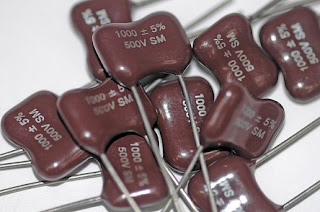 Mica is a naturally occurring transparent substance that flakes off in thin sheets. This material makes an excellent dielectric for capacitors.
Mica capacitor can be made by alternately stacking metal sheets together  with layers of mica, or by applying silver ink to the sheets of mica. The metal sheets are wired together into two meshed sets, forming the two terminals of the capacitor.
Mica capacitors have low loss, that is they waste very little amount of power as heat, provided their potential deference or voltage rating is not exceeded. The main application for mica capacitors is in radio receivers and radio transmitters. Their capacitances are a little lower than those of paper capacitor, ranging from a few tens of pico farads up to about 0.05uF. 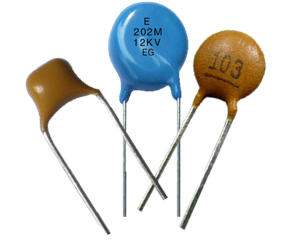 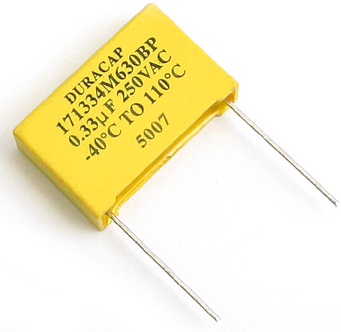 Plastic-Film Capacitor
Various different plastics make good dielectrics for the manufacture of capacitors. But polyethylene, polyester, and polystyrene are commonly used. The substance called mylar that you might have seen used to tint windows or doors makes a good dielectric for capacitors.
The method of manufacture is similar to that for paper capacitors when the plastic is flexible enough. The geometries can vary, and these capacitors are therefore found in several different shapes.
Capacitance values for plastic-film units range from about 50 pF to several tens of microfarads. Most often they are in the range of 0.001uF to 10 uF. Plastic capacitors are employed at audio and radio frequencies, and at low to moderate voltages. The efficiency is good, although not as high as that for mica-dielectric or air-dielectric units. 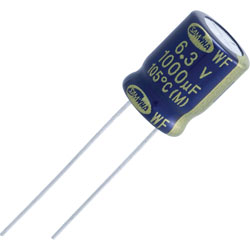 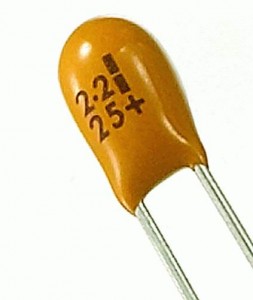 Tantalum Capacitor
Tantalum capacitor is another type of electrolytic capacitor which uses tantalum pentoxide rather than aluminum. The tantalum can be foil, as is the aluminum in a conventional electrolytic capacitor. It might also take the form of a porous pellet, the irregular surface of which provides a large area in a small volume. Tantalum capacitors have high reliability, smaller in size, lighter  and excellent efficiency. They are often used in military applications because they do not fail often. They can be used in audio- frequency and digital circuits in place of aluminum electrolytics. 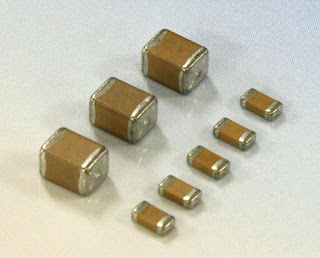 Semiconductor Capacitor
Capacitors can be formed in the semiconductor materials of an integrated circuit (IC) in much the same way. Sometimes, IC diodes are fabricated to serve as varactors.
Another way to make a capacitor in an IC is to sandwich an oxide layer into the semiconductor material, between two layers that conduct well.
You have probably seen ICs in electronic equipment, almost any personal computer has dozens of them. They look like little boxes with many pins.
Semiconductor capacitors usually have small values of capacitance. They are physically tiny, and can handle only low voltages. The advantages are miniaturization, and an ability, in the case of the varactor, to change in value at a rapid rate. 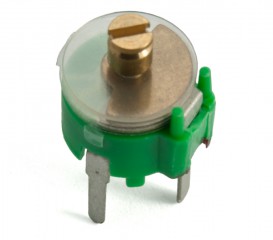 Trimmer Capacitor
When it is not necessary to change the value of a capacitor very often, a trimmer capacitor might be used. It consists of two plates, mounted on a ceramic base and separated by a sheet of mylar, mica, or some other dielectric material. The plates are “springy” and can be squashed together more or less by means of a screw. Sometimes two sets of several plates are interleaved together to increase the capacitance of the capacitor.
Trimmer capacitor can be connected in parallel with an air variable, so that the range of the air variable can be adjusted. Some air-variable capacitors have trimmers built in.
Typical maximum values for trimmers range from a few picofarads up to about 200pF. They handle low to moderate voltages, and are highly efficient. They are nonpolarized. 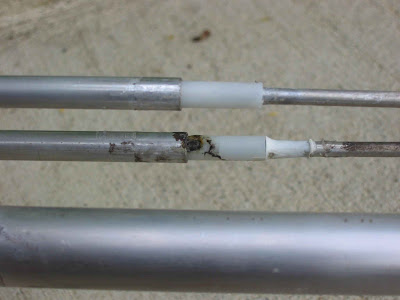 Coaxial Capacitor
can work as inductors when it comes to transmission lines, and they can act as capacitors too.
If a section of transmission line is less than 1/4 wavelength long, and is left open at the far end (rather than shorted out), it will act as a capacitor. The capacitance will increase with length.
The most common transmission-line capacitor uses two telescoping sections of tubing. This is called a coaxial capacitor and works because there is a certain effective surface area between the inner and the outer tubing sections. A sleeve of plastic dielectric is placed between the sections of tubing, as shown in the picture below. This allows the
Coaxial capacitors are used in radio-frequency applications, particularly in antenna systems. Their values are generally from a few picofarads up to about 100 pF.